The City of Cupertino held their second and final community meeting in the creation of a Local Road Safety Plan on July 11, 2022 and is moving forward to plan completion in the next couple months.

The Local Road Safety Plan (LRSP) goals are to reduce traffic fatalities and severe injuries on our local roadways by analyzing and prioritizing roadway and intersection safety improvements. Creation of an LRSP is necessary for the city to receive grant funding from federal agencies (and likely state/local soon). Grant funding is a very significant contributor to building new infrastructure. Recent projects that were paid for by grant funding were the McClellan Road separated bike lanes open for several years; the Regnart Creek Trail opening this year; and the separated bike lanes coming on Stevens Creek Boulevard west of Wolfe.

The LRSP will enable the City to enhance traffic safety for all modes of transportation and for all ages and abilities.

The tool to self-report bicycle and pedestrian accidents and near misses for inclusion in the LRSP data closed in April. (See more information here.) These reports were influential in the determination of the areas prioritized and recommended for improvements.

Over 400 reports were made in the online tool, documenting accidents, near misses, and unsafe stretches of local roads. 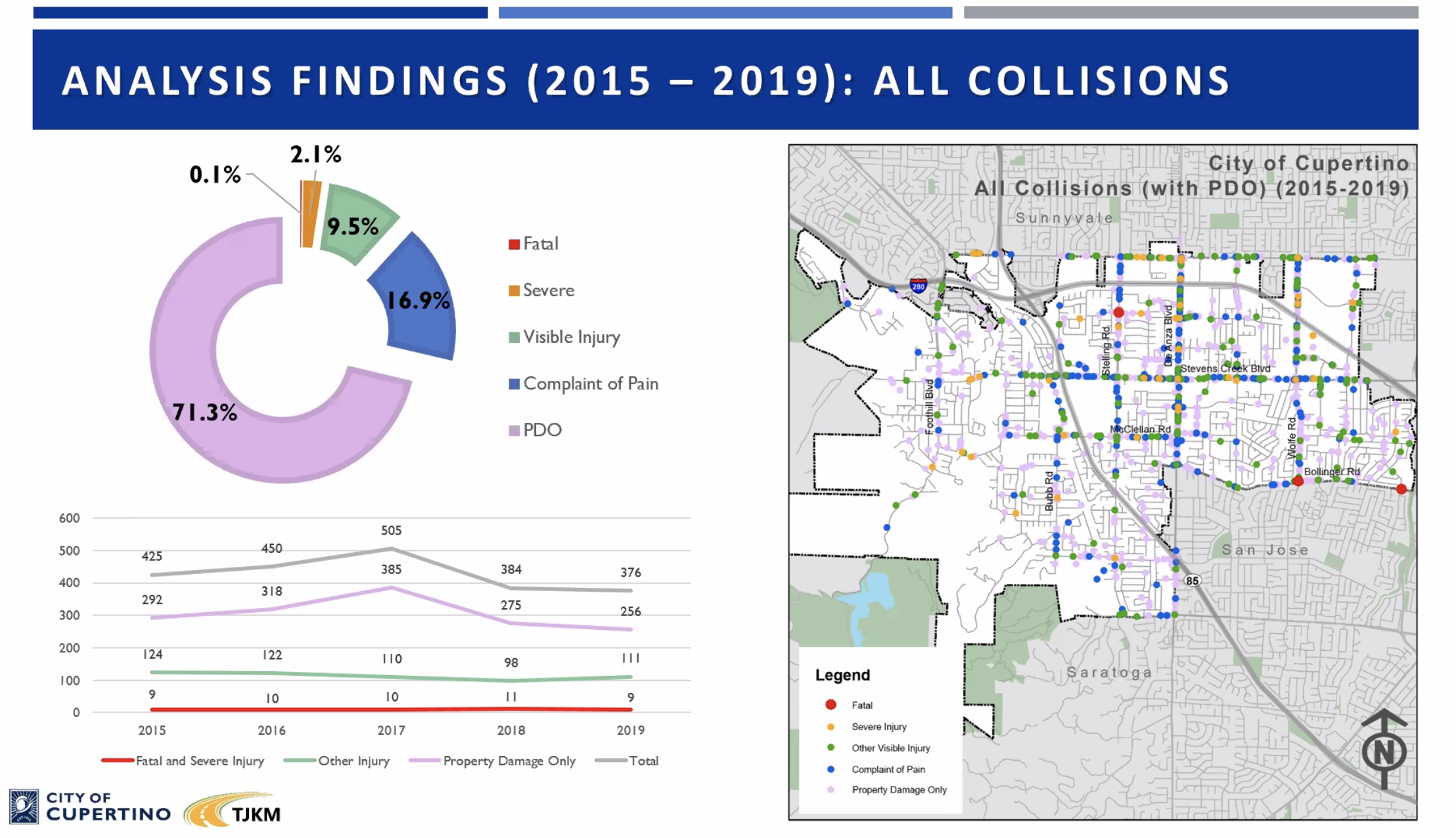 In the latest community meeting, the consultants who will be creating the LRSP, TJKM, gave an overview of collision data (see graphic and click on it for a larger view). This information is the biggest influence on where improvements will proposed. 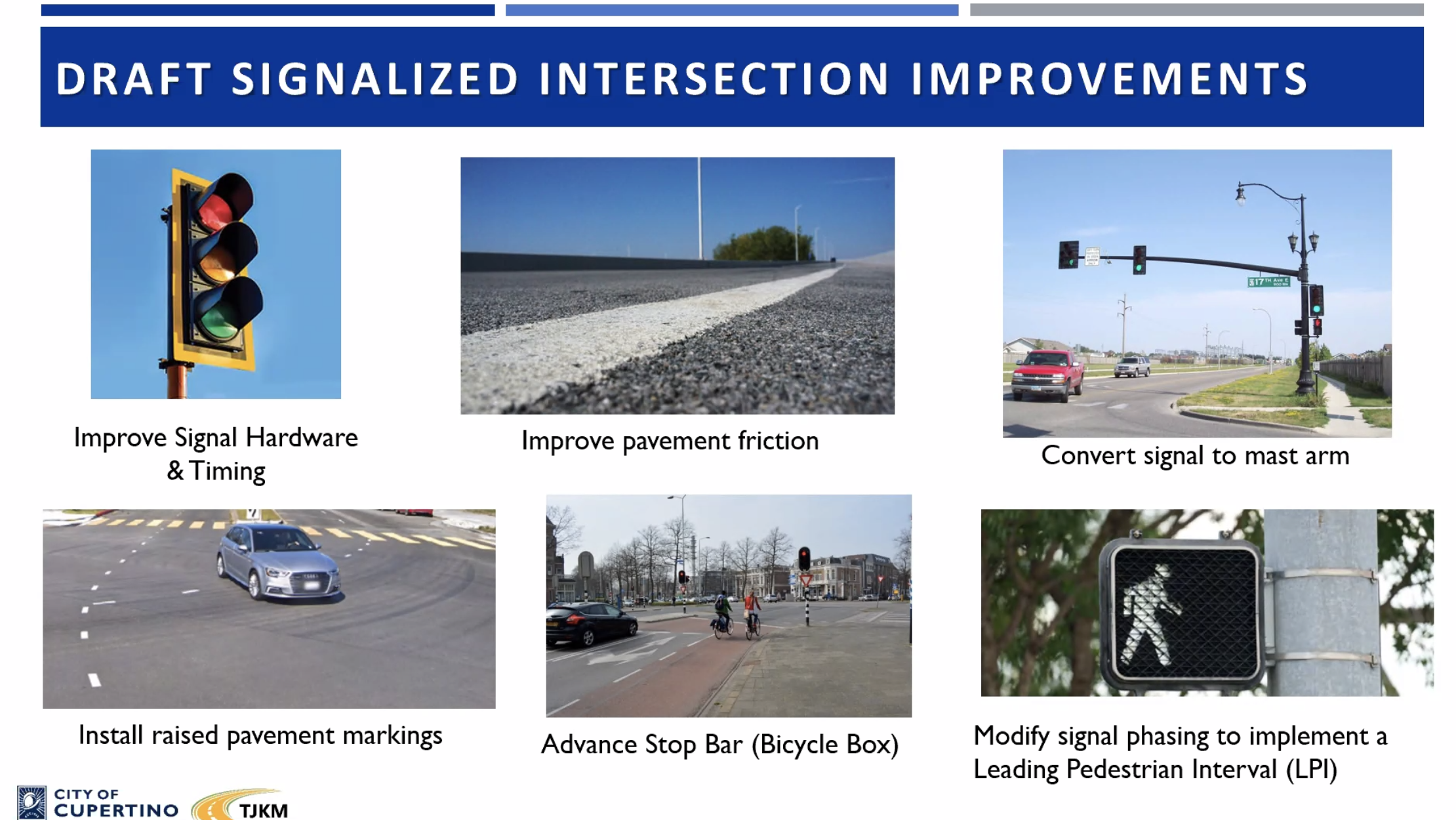 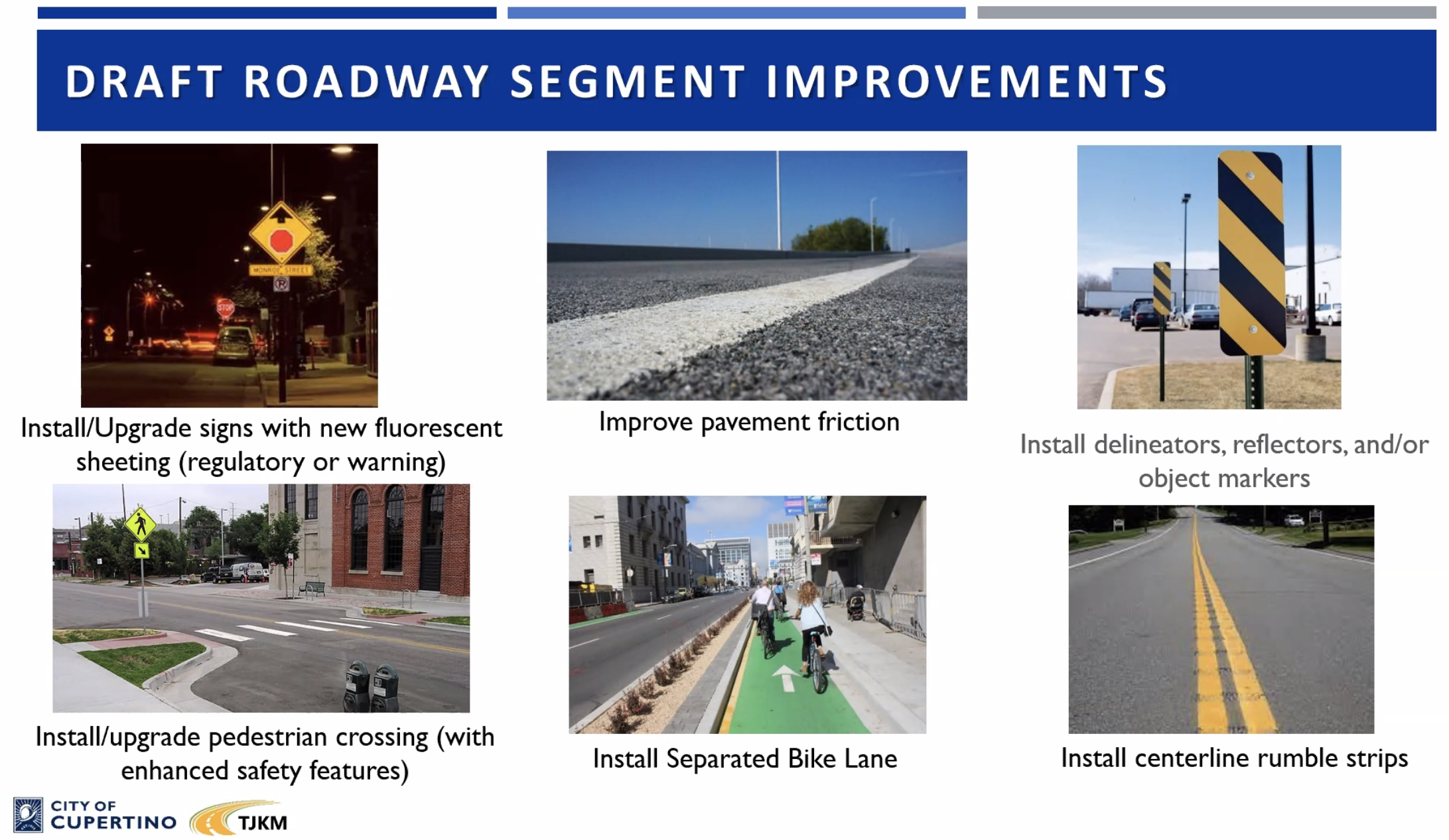 The next step is to create the plan itself, now that there has been an analysis of collision data, community outreach, and a discussion on measures that can be taken. Per the city’s website here, a draft report is expected in the next month. As the LRSP is an iterative process, the implementation of the plan will be evaluated and modified based on how well the specific improvements work and new collision data as it becomes available.

Once the draft report is created, WBC will make sure that it is available to you on our site.

Want to provide feedback about the plan to the City of Cupertino? Click here.