Walk-Bike Cupertino identifies and supports safe and easy bicycling and walking routes for our community. We communicate to Cupertino City Leaders specific upgrades to the city’s pedestrian and bicycle amenities and plans. We promote safer and easier ways for citizens to actively move within and through our neighborhoods.

On behalf of Walk-Bike Cupertino, Larry Dean, a founding board member, and Seema Lindskog, Board Chair, received the Star Award “Non-Profit of the Year 2021” at the Cupertino Chamber of Commerce celebration event on August 26 2021. Read more 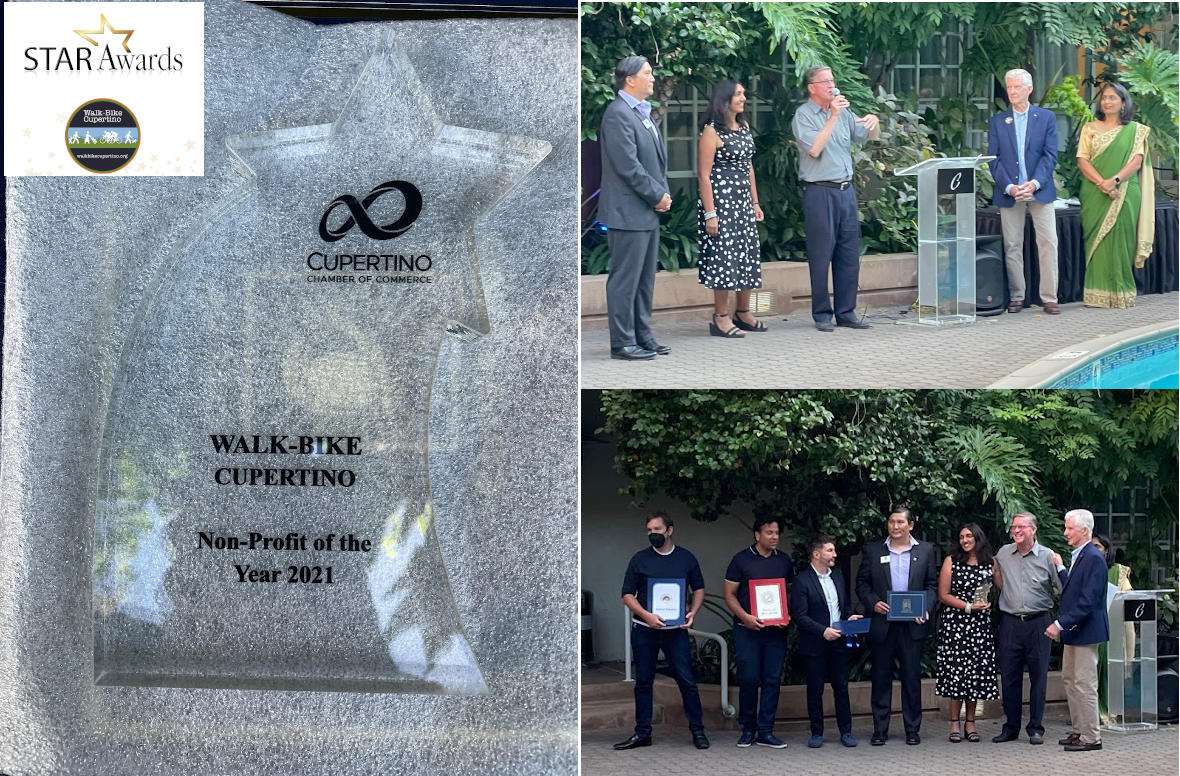 Joining Walk-Bike Cupertino is a great way to get involved in our biking and walking community. Here is how: 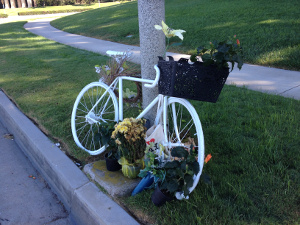 Since the beginning of 2014, Larry has been researching, developing and acting on how to make walking and biking safer in our community. After many meetings with the city leadership from elected, to the City Manager, to the Public Works Department, he organized a bicycle/pedestrian advocacy group in Cupertino. In June 2014,  67 members joined the group. Many more members joined the effort since a 15-year-old Monta Visa High School student was killed in an accident on McClelland Road in October 2014. Today the group has an Advisory Board of 10 members and its membership risen to over 2000 community individuals all working in support of its mission.

Walk-Bike Cupertino Goals: Encourage elected City Officials and Staff to highly prioritize and fund physical improvements in the city to improve ease and safety for pedestrians and cyclists.

Walk-Bike Cupertino was created in June 2014 with 67 members. At the time, the City of Cupertino had not funded any material amounts for bicycle and pedestrian infrastructure during the prior 4 years.  WBC advocated and radically improved Bike/Ped City budgeting: