Starting with McClellan Road, Cupertino has preferred physically-separated lanes for arterial roads. The most ambitious of these projects is the in-progress lanes on Stevens Creek Boulevard, with phase 1 east of Wolfe Road already in place. 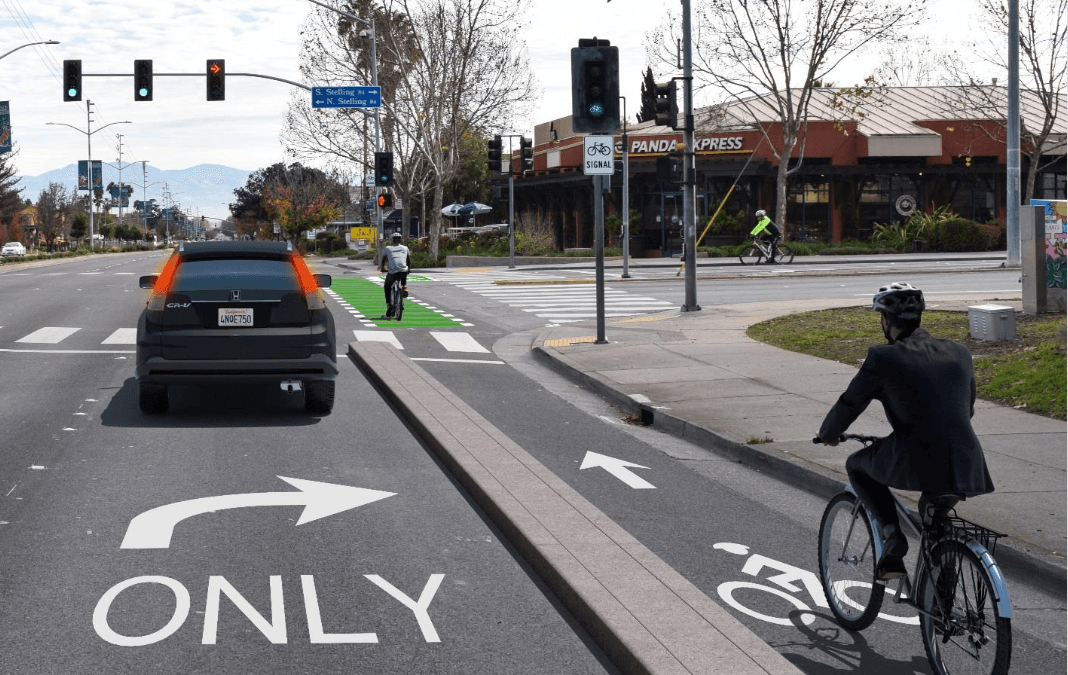 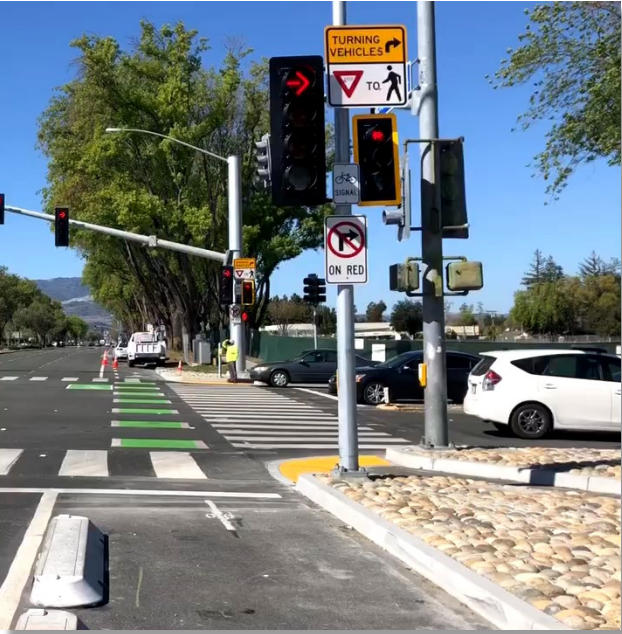 New separated bike lanes on Stevens Creek  and Wolfe have special lights as well, to prevent cars from turning into a cyclist heading straight.

Challenges and Benefits to these lanes

The other roads that Cupertino has installed these lanes on are Mary Avenue north of Stevens Creek Boulevard and Bubb Road between McClellan Rd. and Stevens Creek Blvd. There are some challenges with these “Class IV” lanes:

Clearly, though, they provide safety that a painted stripe or even the less safer option of Bike Boulevards which have only “sharrows” in the middle of the road can’t match. (See here for a discussion on the different classes of bike lanes and the safety of each to use. See here why separated bike lanes are proven to be safer. )

“Edge friction,” or the feeling of a narrow lane while driving a car also reduces speeds. The Stevens Creek Boulevard protected lane allowed new riders to start commuting through Cupertino, instead of taking a more northerly route through Sunnyvale.

Technically, these are buffered lanes (painted with extra width between cars and bike) as they are only marked with paint, but their design acts like a separated bike lane. It also allows temporarily idling vehicles, such as delivery trucks, not to block the bike lane while parked like in typical painted bike lanes. 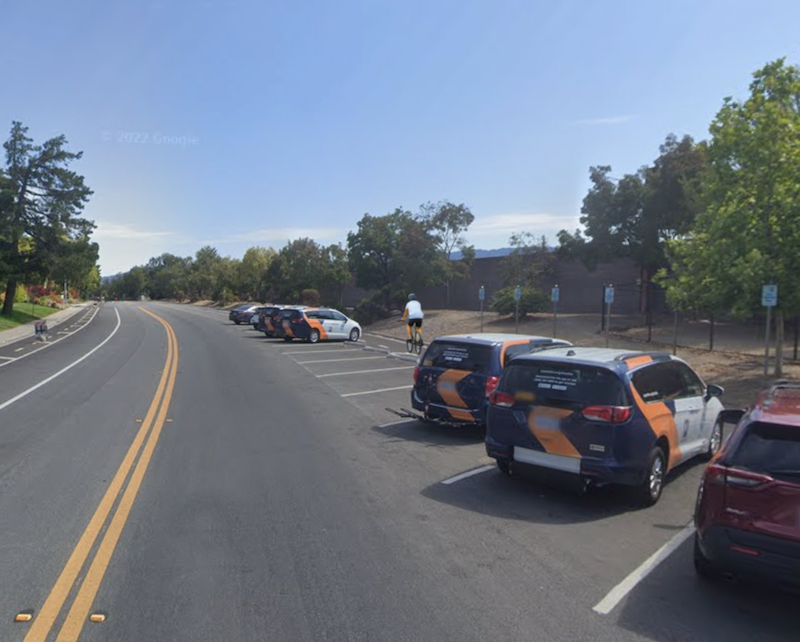 Mary Ave. Bike lanes allow bikes to ride on the inside against the curb, while cars park against the vehicle travel lanes.

Christo Rey Drive, on the western edge of Cupertino leading to Rancho San Antonio Park, lacks safe bike infrastructure, but remains a popular route for bikes to access the park.

In the Rancho San Antonio Multimodal Access Project, Midpeninsula Open Space District vowed to work with the City of Cupertino during the upcoming repaving project. After discussing the options of different widths for each lane direction (Class II lanes) or just using sharrows (Class III lanes), the Cupertino BPC decided to take a ride on the road before making any recommendations to staff.

Another discussion centered on how the City would provide bike repair and parking facilities. There were mentions of code changes to encourage parking and the best locations for bike racks. Ultimately, the commission did not take any formal action and deferred discussions of shower and changing rooms at businesses.

The Cupertino Bicycle Pedestrian Commission meets monthly on the the third Wednesday of the month. See WBC’s events calendar for the next meeting date. For official minutes and agendas of the Cupertino BPC, click here.