In an unanimous decision, the Cupertino City Council on June 1 voted to increase the budget for the private-land fencing for the Regnart Creek Trail by an additional $1.2 million. This brings the cost of the fencing to almost $2 million dollars, a huge and unprecedented amount for private land improvements funded by local taxpayers.

Ideas and arguments not accepted by Council

The council rejected other ideas, such as allowing the homeowners to build their own fences and draw from a fund once receipts were provided or to reduce the amount of fencing by more than half by only adding new fences for neighbors that actually are adjacent to the trail, not across the creek from the trail, often 40 or more feet away. Arguments that lumber prices would drop soon, making this enormous increase not necessary were also not accepted. Lumber prices have indeed fallen dramatically since this Council decision, and are down 62% since their peak on May 7, 2021. 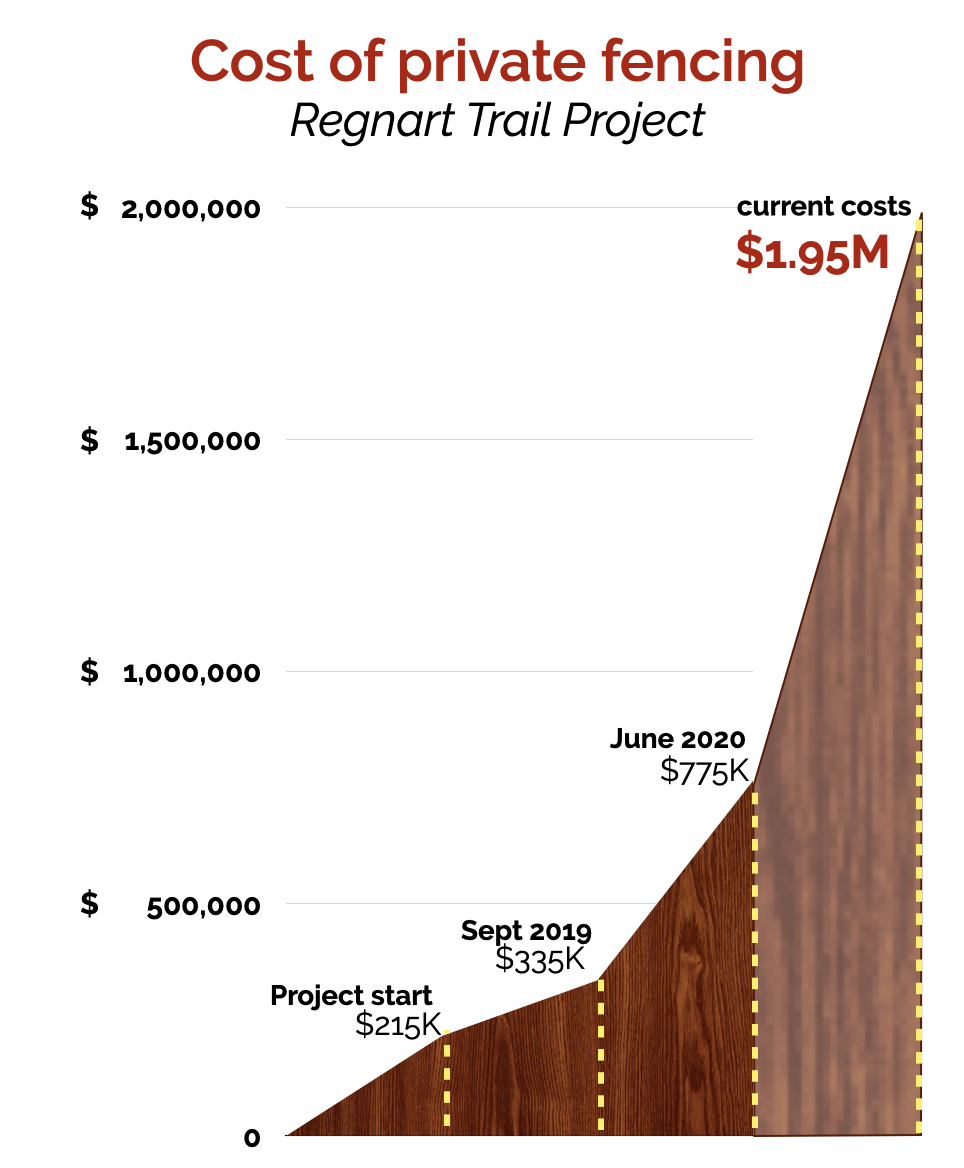 Cost of fencing now almost as much as trail itself

The cost of the fencing is now approximately the same as the cost of the trail, about $2 million, or over $23,000 per homeowner. Unfortunately, while the trail itself will be covered by State Measure B funds, which provide grants for public works projects that increase alternative transportation, private land improvements such as these fences cannot be part of the state grant and the full cost that was approved will be covered by Cupertino taxpayers.

As part of the request for additional funds, Cupertino Public Works also requested an additional $200,000 in funding for the trail itself, which was also approved unanimously by the Council. 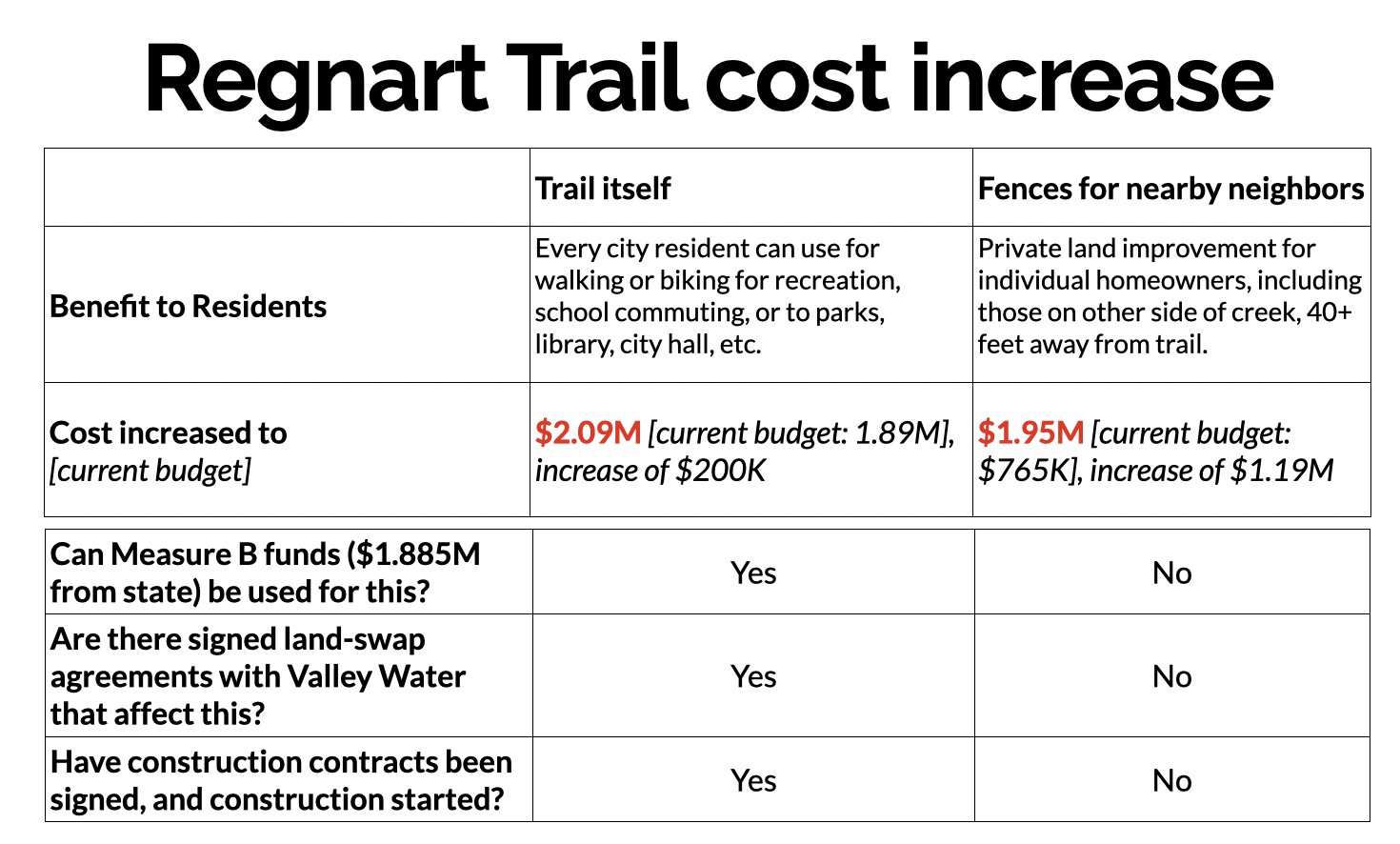 Building the fencing will also delay the opening of the trail. Originally slated to open December 2021 per Public Works reports in 2020, the trail has now been delayed by an additional eight months to a projected August 2022. This is an extremely long time to build a trail that is not paved, does not require major utility work, and is covered by state funding. Many residents look forward to the opening of this trail for enjoyable and safe walking and biking, including safer commutes to school for students who will be returning in just a couple weeks. Unfortunately, students will be waiting yet another year for this amenity. 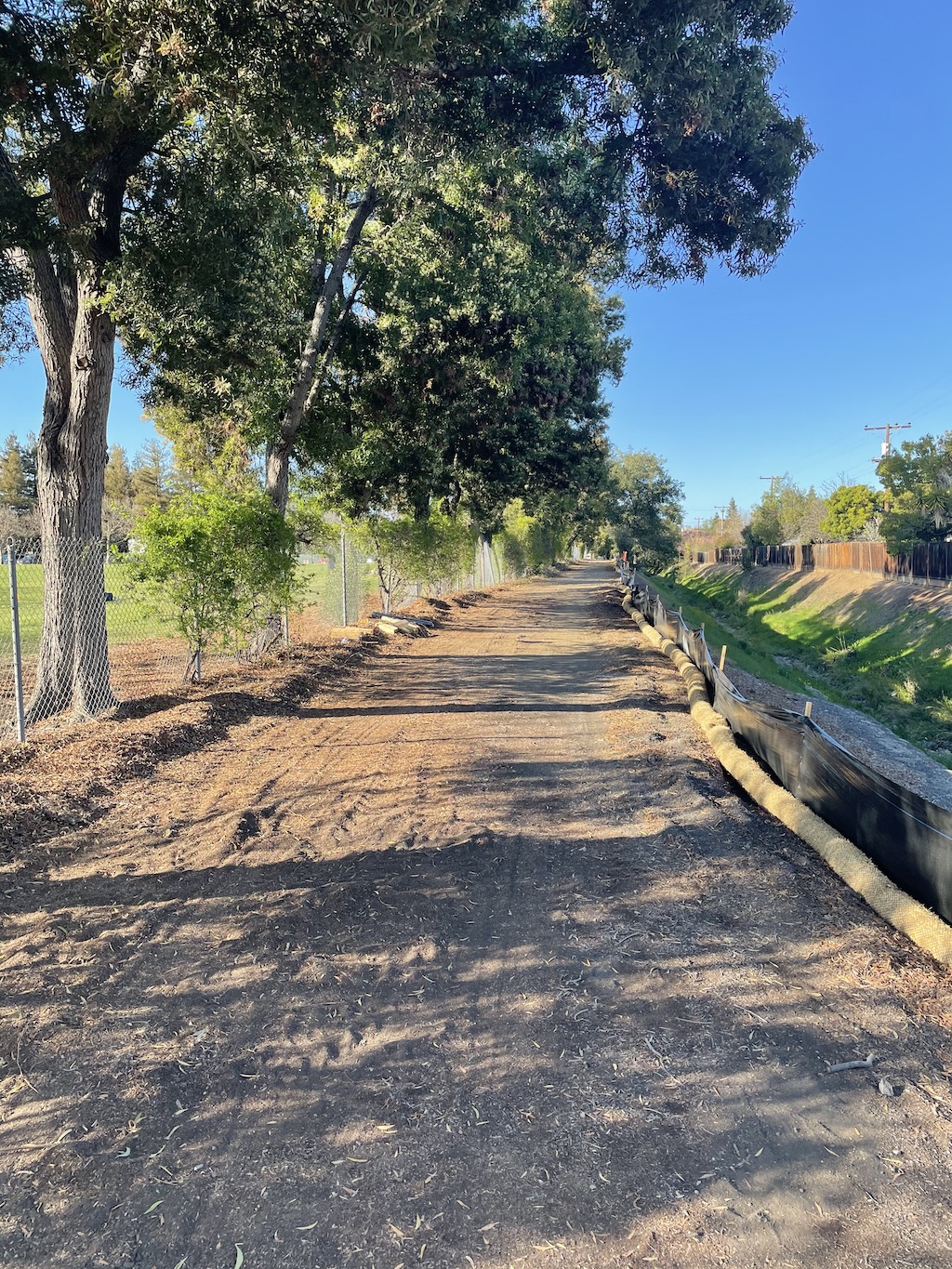 Roger Lee, head of Public Works for Cupertino, gave this update to a WBC member on August 3:

Work on the Regnart Creek Trail project continues. Demolition will be underway for the portion of the trail between Pacifica and Blaney, for the residential fencing replacement/installation on the north side of the trail near De Palma and for modifications to existing pavement west of De Palma Lane. During the last month or two, the earthwork/grading and aggregate base work was completed. Activities to construct the trail between Blaney to Estates will take place August to September. Work at Blaney and East Estates Crossings is scheduled for mid-September through mid-October. In the Wilson Park area, concrete was placed for the new maintenance ramp near the west parking lot at Parkside Lane and for the bridge foundations on the east side of the park. Concrete work will continue in these areas during the month of August. Bridge installation is scheduled for September. Some of the upcoming work will include decomposed granite installation, residential fence installations at De Palma, split-rail fence installation (at top of bank/trail side), street crossing improvements at Blaney and at East Estates, the bridge installation and the maintenance ramp paving