Roads with High Frequency of Pedestrian and Bicycle Accidents 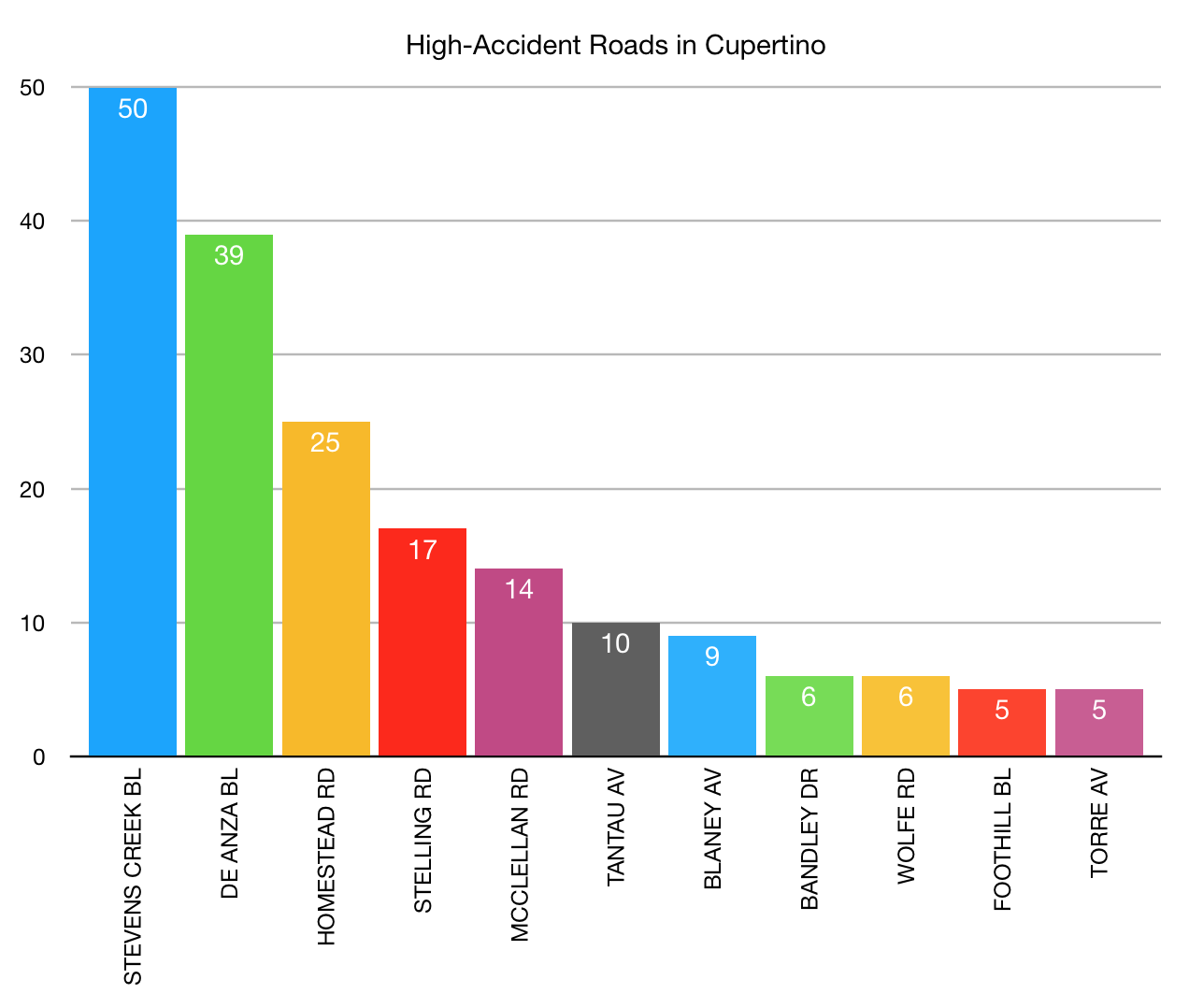 Walking and biking around Cupertino can vary widely in how safe it feels and how safe it actually is. It may not surprise you that from 2015 to 2017, there were 50 accidents on De Anza Boulevard and 39 accidents on Stevens Creek Boulevard. These roads have high speed limits, plentiful intersections and high traffic. However, they also have the majority of designated bike lanes and boast continuous sidewalks. Despite these measures, the data shows that the speeding traffic remains dangerous to cyclists and pedestrians.

More surprising is the prevalence of lower-speed limit streets in the accident data, especially Stelling Road. As Stelling passes next to De Anza Community College, it has unique circumstances. The numerous parking lot entrances on Stelling and the large numbers of younger drivers could be factors that contribute to the higher accident rates on this street, as most of the recorded bicycle and pedestrian accidents that occur on Stelling do not occur in intersections.

Issues with McClellan Road have been well documented, and the City is expected to take action to reduce the number of accidents on this road through class IV (divided) bike lanes, starting later this year. Despite the speed limit of 30mph, McClellan currently does not have a constant sidewalk or bike lanes, with a large tree southwest of Stelling blocking a crucial cycling path. This tree is expected to be removed (replaced by another planted elsewhere), so that pedestrians and bicyclists will have a safer route along this road.

The graph shown above shows the number of accidents on each of the highest-accident Cupertino roads between 2015 and 2017. The data was acquired from the iSWITRS database and the Santa Clara County Sheriff’s Office.