Why I support the Regnart Biking Trail

Why do I support the Regnart Trail?  There are many reasons, but here are five great ones.

Biking and walking will be safer and easier for students from Eaton Elementary, Cupertino High, and Lawson Middle Schools.

Students at Eaton Elementary will be able to walk to the library via the creek trail without having to cross the playing field near the library.  Many Eaton students will also be able to use the trail to reach school on their bikes without riding on roads that are particularly busy with school traffic. Cupertino High School students from the City Center area will be able to commute to school along the trail by continuing through Creekside Park. Lawson students from the east Wilson Park area (both the ‘Alderbrook’ area and north of Creekside Park) will be able to use the trail and continue their journey by crossing Stevens Creek safely with a crossing guard at Torre. Based on CUSD and FUHSD residency data from 2016*, this trail could help over 500 Eaton students, 150 Lawson students, and 225 Cupertino High School students just from the areas mentioned above.

Children, adults and seniors will all enjoy a natural path that stretches from Miller Avenue all the way to the Civic Center. When hearing about the proposed trail, a middle school student from the Hyde area was enthusiastic and explained her current issues with riding to the library. Her current biking route to the library is to go through Creekside Park and then onto E. Estates, turn left onto Vicksburg, continue through Wilson Park, and onto Parkside Lane and left again on Rodrigues. Her mom was most worried about the section where she rides along Rodrigues west of Blaney. “The cars seem to veer in and out and come out of driveways. It makes me nervous to have her bike along it.” This trail will eliminate the concerns of many parents by turning complicated routes into safer and easier ones.

This trail is one important part of our Biking Master Plan. If we don’t make it easy and pleasurable for residents to bike around our city, many fewer people will do it. High traffic volumes, especially around schools, are a constant problem. We have a goal of being a “greener” city.  This is one way to help.

Studies show crime will not increase in adjacent homes, and may be less likely

Study after study shows crime does not increase on trails, and in many places, it has decreased. Studies have been performed across the U.S., including locally in Santa Rosa, CA and San Francisco. The largest study was by the Rails-to-Trails Conservancy (RTC) in January 1998. They conducted a survey of 372 rail-trail managers to document the level of crime on trails. The trails varied in length from 1/5 mile to 45 miles, in 38 different states, with approximately 20% of trails being suburban. They found that incidents of vandalism and burglary did not increase as a result of the trail. To the contrary, the rate of vandalism and break-ins to adjacent property was well below the neighborhood average.  Locally, there are similar trails near Scotland Drive in Saratoga, near Orogrande here in Cupertino, and in Creekside Park.  At none of these locations has increased crime been noted.  Regarding the statistics on the trail in South Burlington, VT, the Police Chief states: “Crime and the fear of crime do not flourish in an environment of high energy and healthy interaction among law abiding community members.”

Studies show that property values near trails are not affected, and may increase

Studies of real estate agents and homeowners that own homes located near trails have increased property values and quality of life.  For example, in the Santa Rosa trail study mentioned previously (in which the trails had been in place for over 8 years), 61% of real estate agents said they would use proximity to the trails as a selling point, and 33% of homeowners stated the trails would make their homes easier to sell (and half said they would have no effect). A quarter of the homeowners said the trails would make their homes sell for more (with 70% saying it would have no effect).

This proposed trail would be a great amenity for our community.  I encourage residents to show their support by attending the workshop on January 22 at the Cupertino Community Hall at 6:30pm, or writing to the City Council before the meeting. Without support from residents, it will not be built.

*school demographic data is available here on the WBC website under Maps and Data on the homepage. 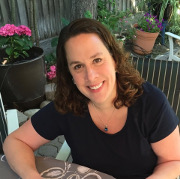