At last week’s public workshop with Toole Design, residents were encouraged to view both proposals for Class IV bike lanes on Stevens Creek and McClellan. The Cupertino City Pedestrian Master Plan was also initiated with results of preliminary studies and a request for resident input.

The Stevens Creek and McClellan bike lanes will be distinguished by being completely divided from the main flow of vehicle traffic by some sort of fixed barrier. This would improve safety for cyclists by keeping traffic out of the bike lanes. Two main concepts were discussed for McClellan Road: one with all bike traffic (east- and westbound) traveling on one side of the road, and then splitting near De Anza, and one with bike traffic traveling eastbound on one side and westbound on the other.  The intersection of De Anza and McClellan (Pacifica) would also be reworked to improve safety and traffic flow.

For the Stevens Creek bike lanes, only the westbound on the right/eastbound on the left concept was presented.  There were several options as to how bus stops and driveways would be handled, and options for intersections which were presented for comment.  Different red/green light signalling (bikes only then cars or “conventional” with cars and cyclists going through the intersection) require balancing safety and traffic flow concerns.

For both the Stevens Creek and McClellan Bike lanes, residents were given the opportunity to flag locations that may have issues for cyclists with the new plan, and to comment on the various options for the road barriers between vehicles and cyclists. These could include a curb, posts, a raised bikeway (higher than the road), a median (possibly with planter boxes), or a tall concrete barrier.

The Pedestrian Master Plan was also initiated at this meeting. Residents were shown a map of missing sidewalks, and were requested to mark on a map locations where there were issues with pedestrian traffic or safety in Cupertino.  Residents were also polled as to what criteria that the Bike Pedestrian Commission should use for determining pedestrian plans for the future.

Results from this workshop will inform David Stillman’s update to the City Council on February 7, 2016. 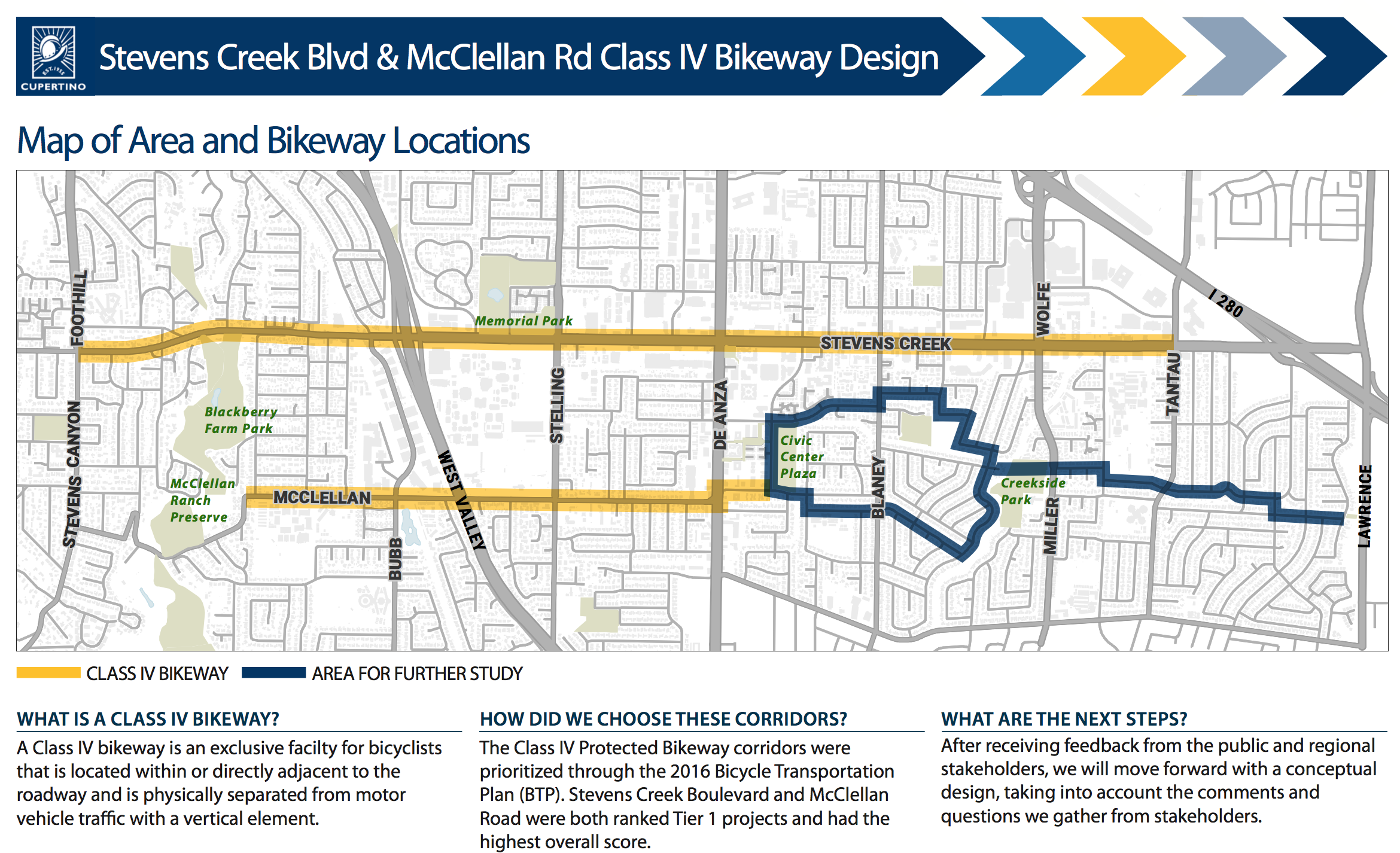 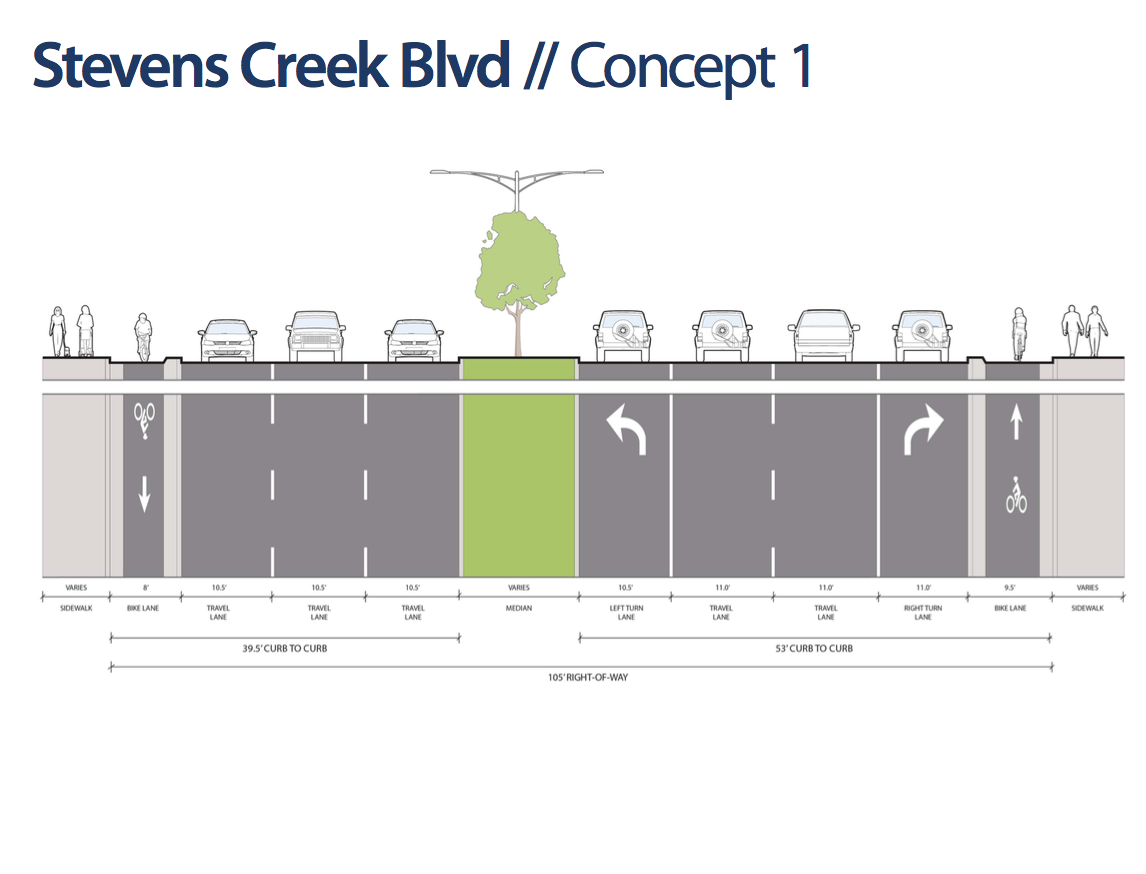 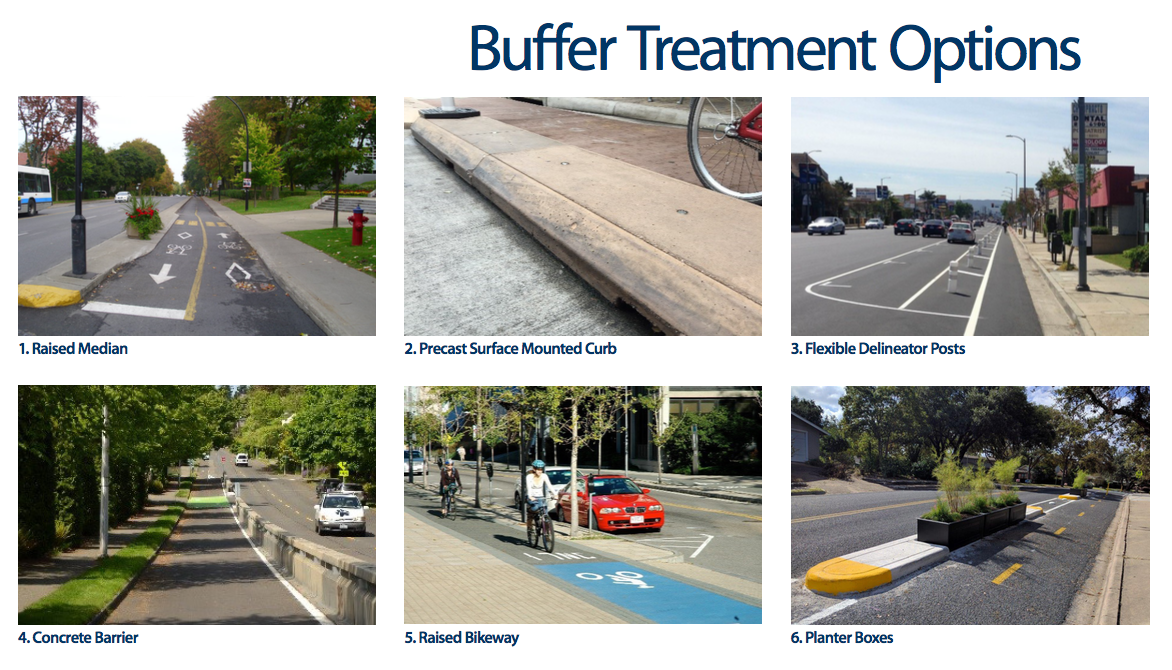 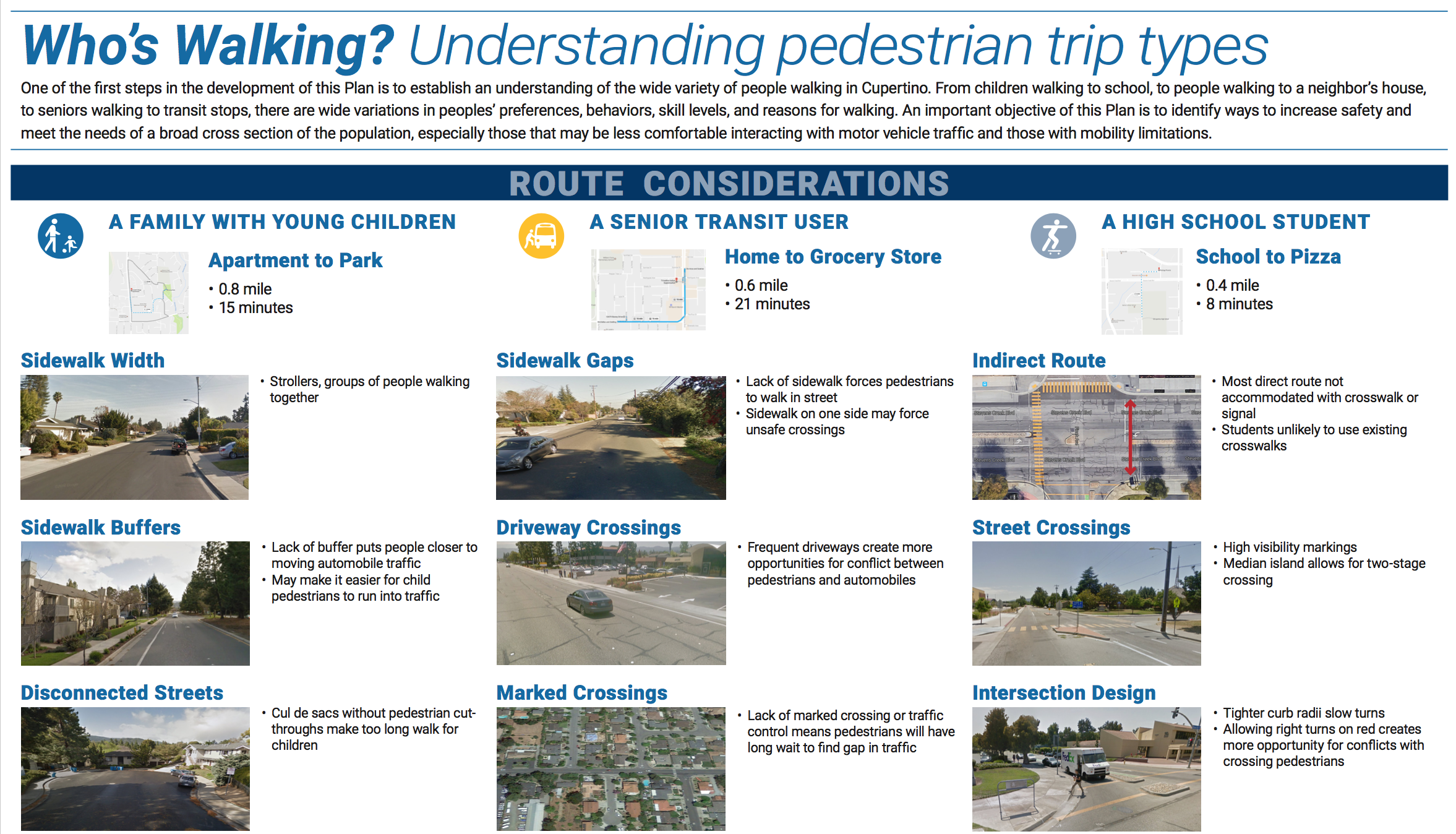 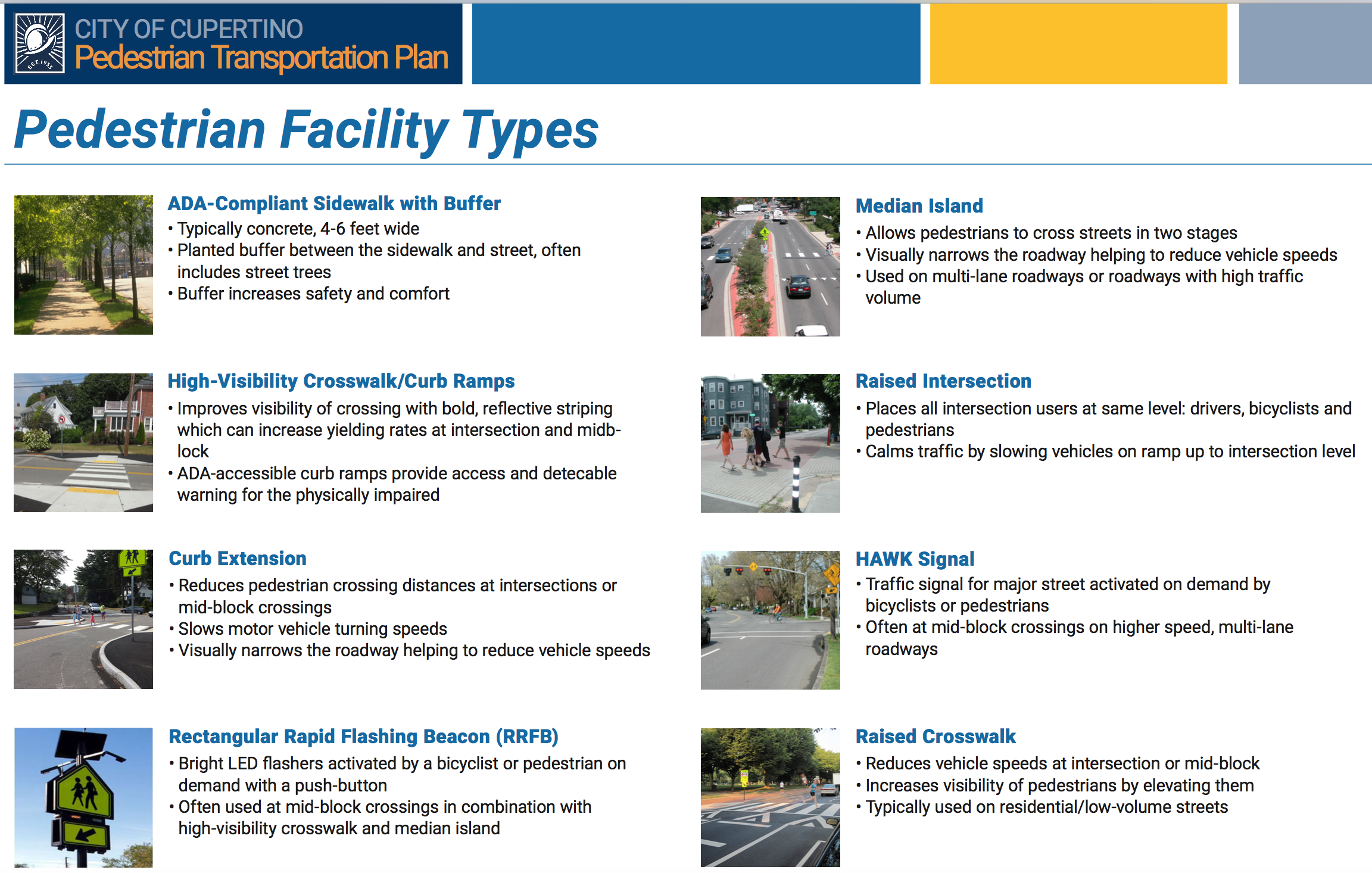 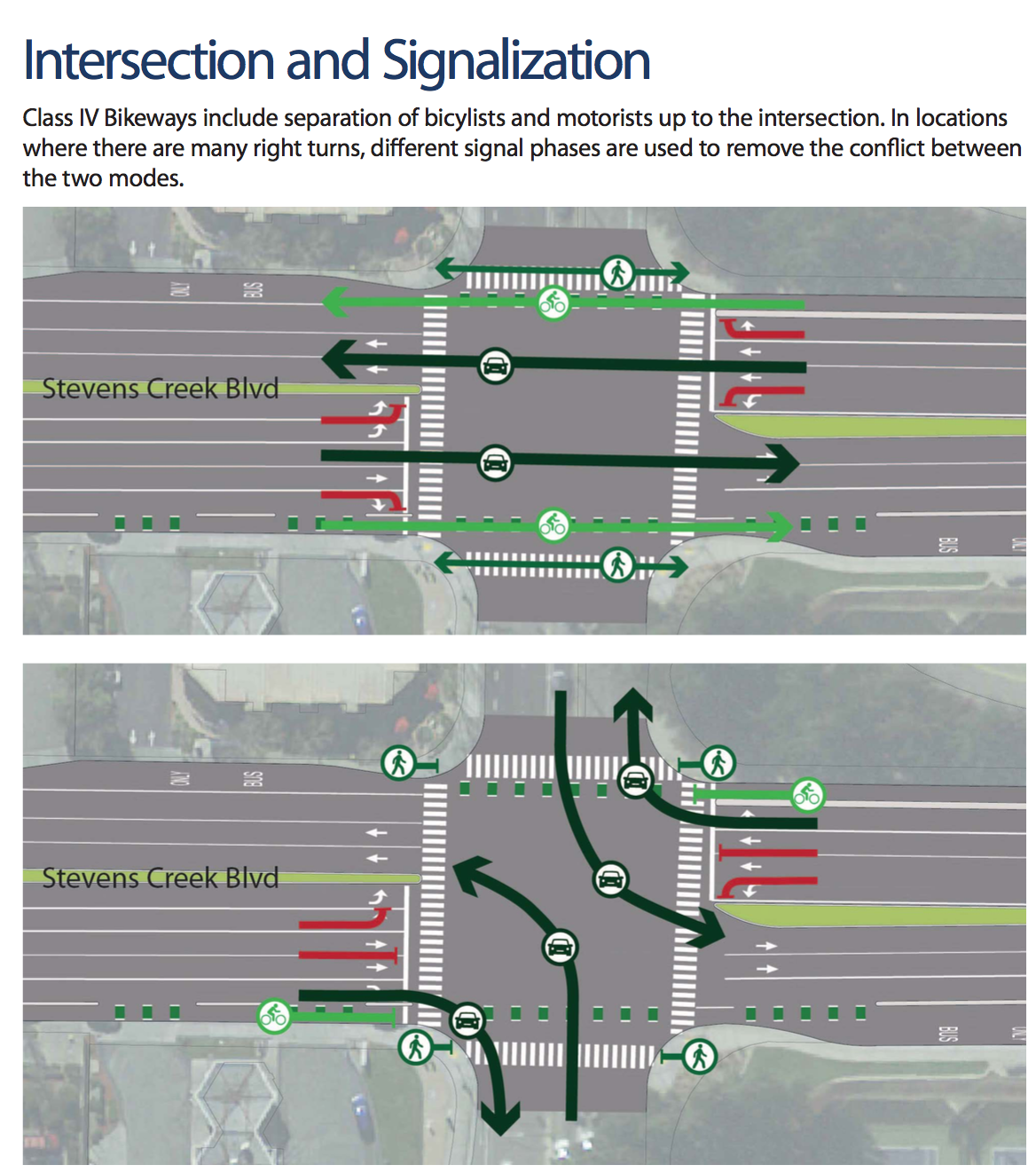