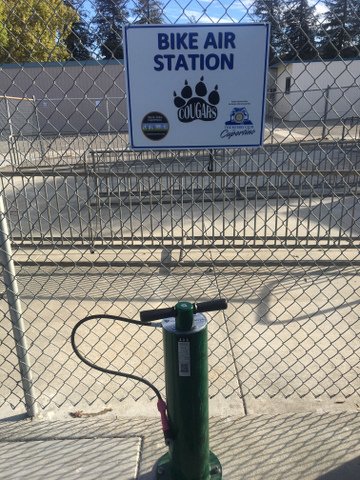 now have the Dero air pump stations installed at or near their each schoolo’s cages.  The schools include Cupertino, Kennedy, Lawson, Miller and Hyde Middle Schools. The heavy duty systems handle both schrader and presta valve systems. Principal Mike Cellini at Cupertino Middle spoke about the the high number of students riding their bike to school this year and the shortage of bike racks – a great problem to have! 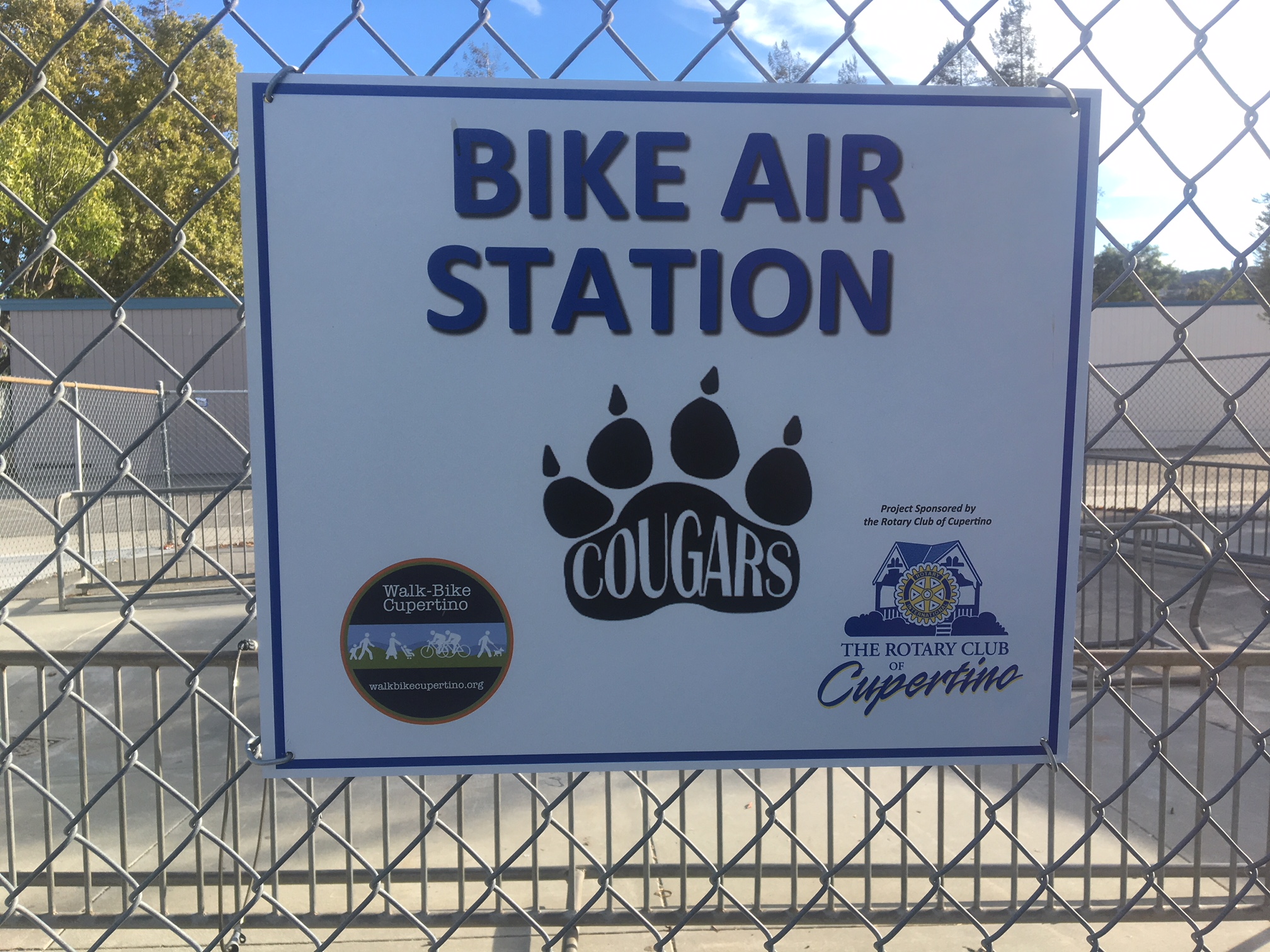 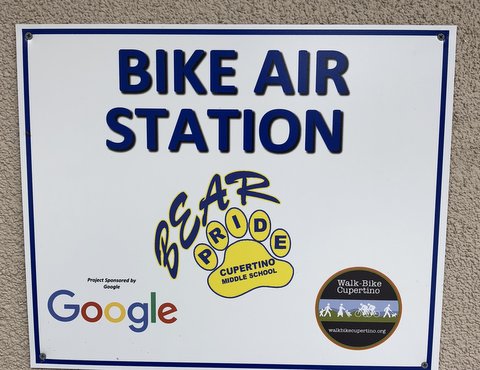