At the February 20 2018 meeting, the city council approved a nearly $260K contract with Alta Design to start  preliminary design for the planned bike/ped trail along the Union Pacific corridor from Prospect Road to Stevens Creek Boulevard. Projected timing of completion is TBD.   A multi-phased project, this will provide the city with a general plan to use 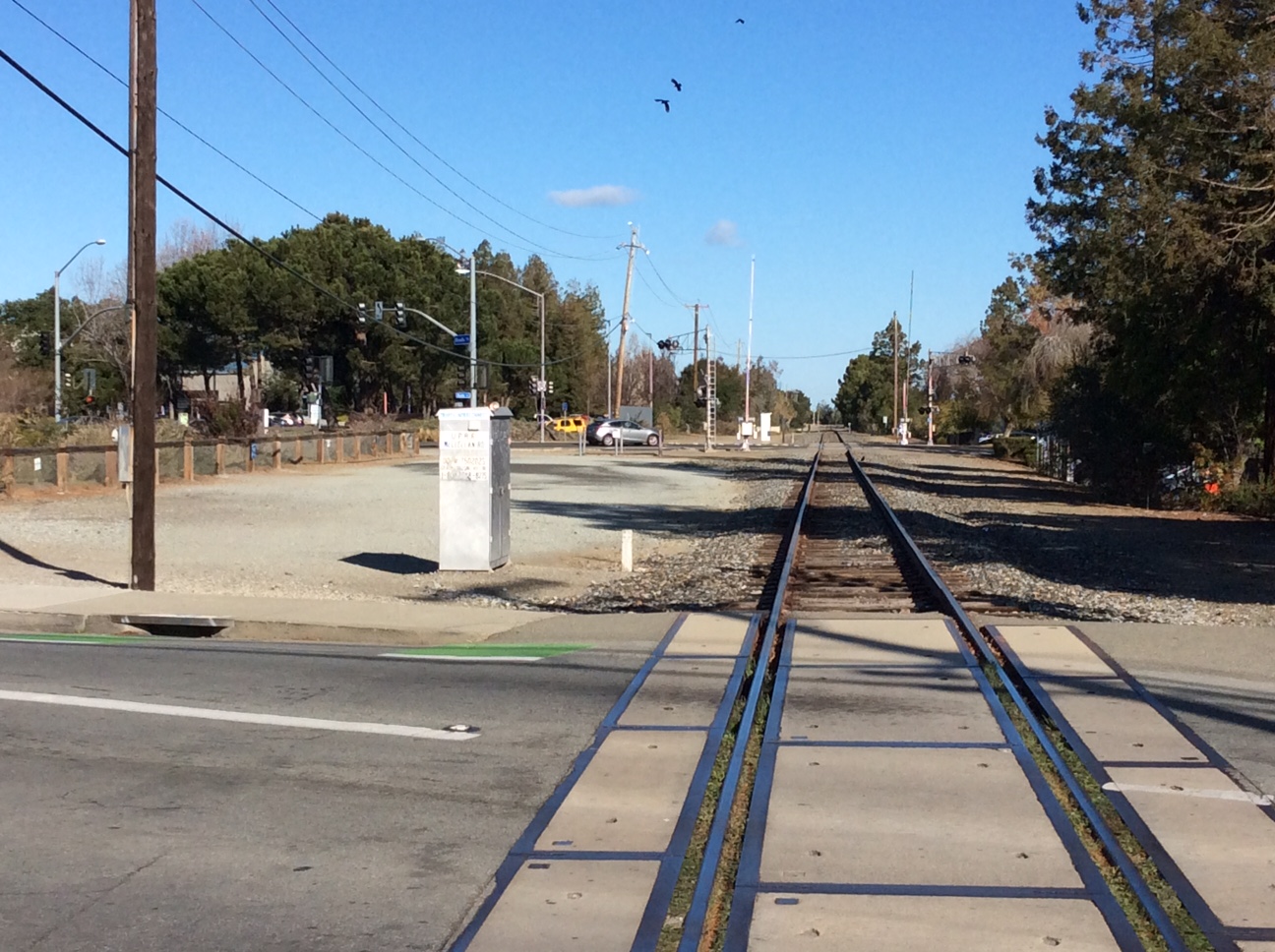 as a basis for discussions with UP.  The Staff Report is below:

Recommended Action
Approve an Agreement between the City of Cupertino and Alta Planning + Design, Inc.
in the amount not to exceed $259,889 from the date of execution through June 30, 2019,
and authorize the Director of Public Works to negotiate and execute all necessary
documents to carry out all consultant services for the Union Pacific Railroad Trail
Feasibility Study.

Description
In June 2016, City Council adopted the “City of Cupertino 2016 Bicycle Transportation
Plan” (Bike Plan). This Plan identified a prioritized list of recommended improvement
projects to support and promote bicycling in Cupertino, including a series of multi-use
paths that, when joined together, would form the “Cupertino Loop Trail”. One of the
Tier 1 high-priority recommended Cupertino Loop Trail network segments identified in
the Bike Plan is a trail along the Union Pacific Railroad between the Hammond-Snyder
Loop Trail and Saratoga-Sunnyvale Road.
This agreement was considered previously by the City Council on August 15, 2017.
Council continued the item to a future meeting after staff has met with the Union
Pacific Railroad regarding trail feasibility. Staff has had communication with UPRR and
has determined that within their trail guidelines, it is likely that a trail would be feasible
at this location. Additional study is necessary, of which Alta would provide under this
contract, to determine if the conditions and requirements of UPRR would be acceptable
to the City to move the project forward to design and construction.
Discussion

Staff completed a qualifications-based selection process in June 2017, in accordance with
State and City codes. In response to a Request for Proposals (RFP) issued by the City,
two (2) proposals were received from firms, which were evaluated for relevant skills
and experience.
Staff recommends that the Agreement be awarded to Alta Planning + Design, Inc.
(Alta). Alta was selected for their experience with feasibility studies for pedestrianbicycle
trails, particularly along railroad tracks, and their experiences working with
various key agencies and stakeholders.
The Agreement defines a maximum compensation to be authorized under the
Agreement. This includes an allowance for additional services that were requested by
the City as part of the RFP and accounts for the potential need for additional surveying
boundary work where available right-of-way information is insufficient and/or
additional topographic surveys at crossings and structures.
Basic Services $211,080
Additional Services $48,809
Maximum Compensation $259,889
Sustainability Impact
Not applicable.
Fiscal Impact
No appropriation is required for this action. Subject to Council approval of this
Agreement between the City and Alta, the requisite funds will be encumbered from the
2016 Bicycle Plan Implementation budget in the Council-adopted 2017/18 Capital
Improvement Program.
_____________________________________
Prepared by: David Stillman, Transportation Manager
Reviewed by: Timm Borden, Director of Public Works Department
Approved for Submission by: David Brandt, City Manager