The City of Cupertino is moving ahead with the Bike Plan adopted in mid-2016. At the recent budget hearing for the fiscal year 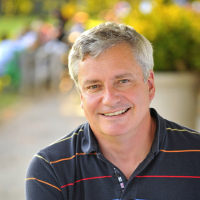 The first route will connect Cupertino High School to the Civic Center and on to Monta Vista High School at a price of $5.8 million. The second route, along Stevens Creek Boulevard, is estimated to cost $7.3 million. These detailed estimates by an engineering firm are much higher than estimates received when the Bike Plan was adopted, largely because the engineering study yielded preferred options including a full physical barrier and signal upgrades, and identified the need to acquire right-of-way. I cited a desire to ensure that students and their parents would feel safe riding to school as well as to the Cupertino Library. The Council decided to focus available resources on construction of the first east-west route (between the high schools; totaling $5.8 million) as well as commence work on bike boulevards in various neighborhoods for $1.6 million, appropriating $7.4 million in total.

The Council also authorized a study of protected bikeways along the south side of 280 from Mary Avenue to Vallco Parkway, and along the railroad track from Stevens Creek Boulevard to Prospect Road. We also asked Staff to look for funding opportunities from outside sources to implement more of the Plan.

Last fall, I had an opportunity to talk to many voters during my reelection campaign. While voters had different views of the development initiatives on the ballot, I found widespread support for the Bike Plan. Of course, as we move forward on specific routes, we can expect that some residents along bikeways may have concerns or express opposition, and I expect that Walk-Bike Cupertino will have a key role to play in helping educate the public on the value of bikeways as a desirable amenity, and in building the public consensus necessary to continue our progress. As we do so, we’ll have a stronger community that encourages biking, improving health and safety, and reducing car traffic.