Nearly 200 Monta Vista High School (MVHS) students rode their bikes and scooters to classes on Friday, Sept 24th, on the school’s first Bike for Boba (B4B) Day. Reducing the school’s carbon footprint and traffic congestion around the school campus; the ridership was an increase of 16% over the 165 average daily riders this year. Rotarian and Walk-Bike Cupertino member, Dino Sakkas, estimates that the bike riders are reducing the school’s carbon footprint by 389 tons of CO2 per year and that daily biking eliminates over 300 car trips per day to the congested campus area. 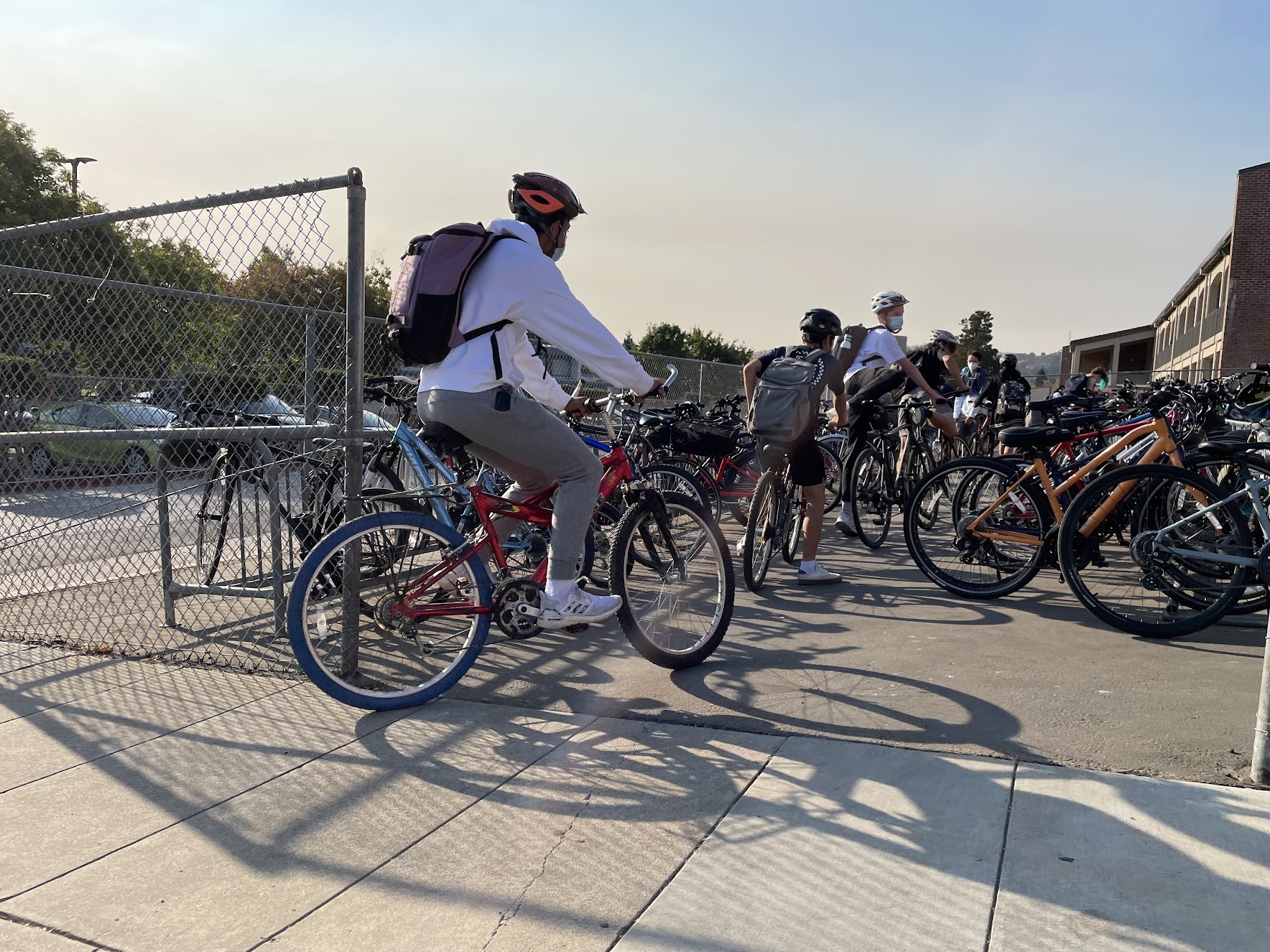 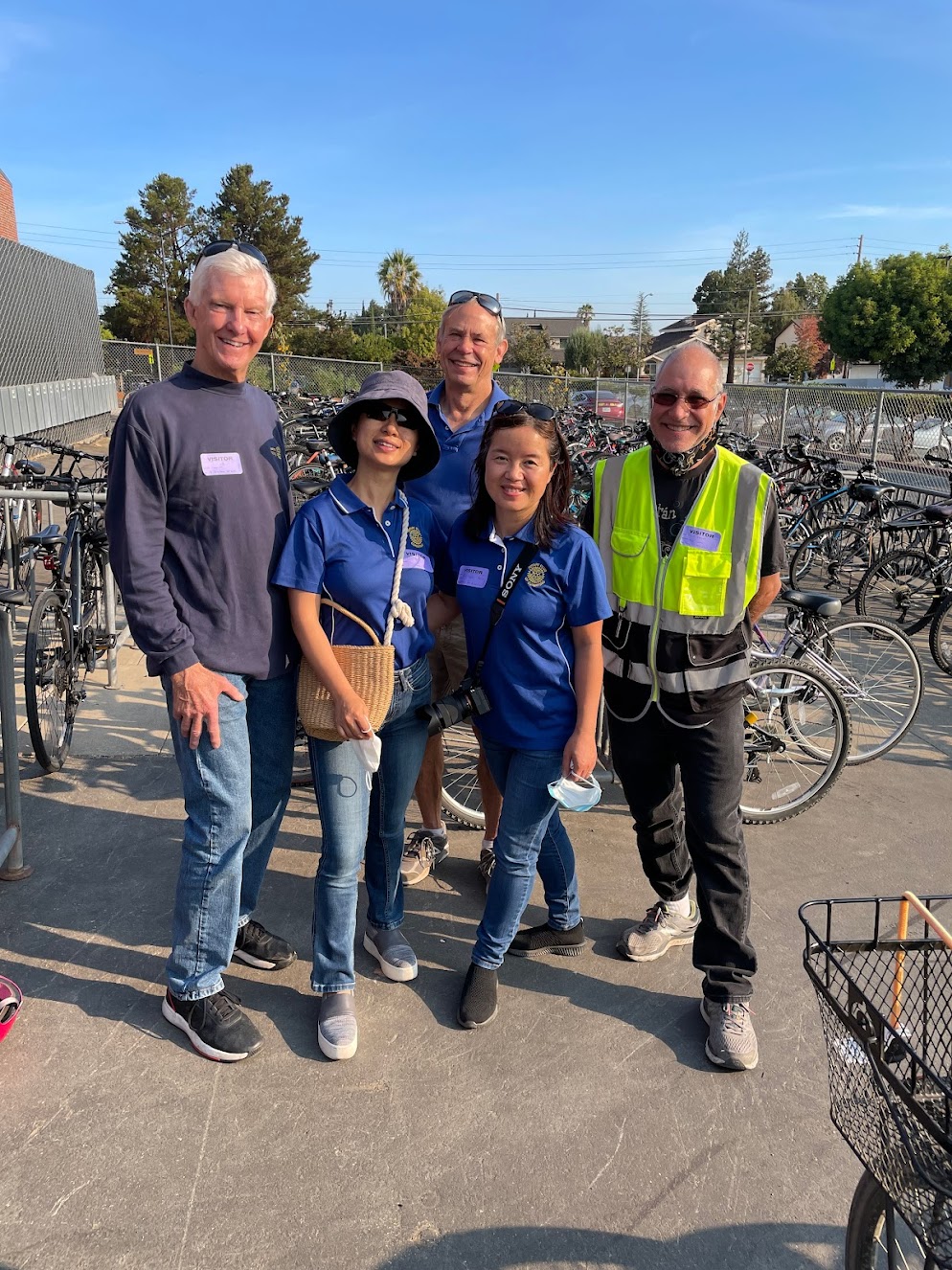 Cupertino Rotarians and Walk-Bike Cupertino Board Members volunteering at the B4B event. 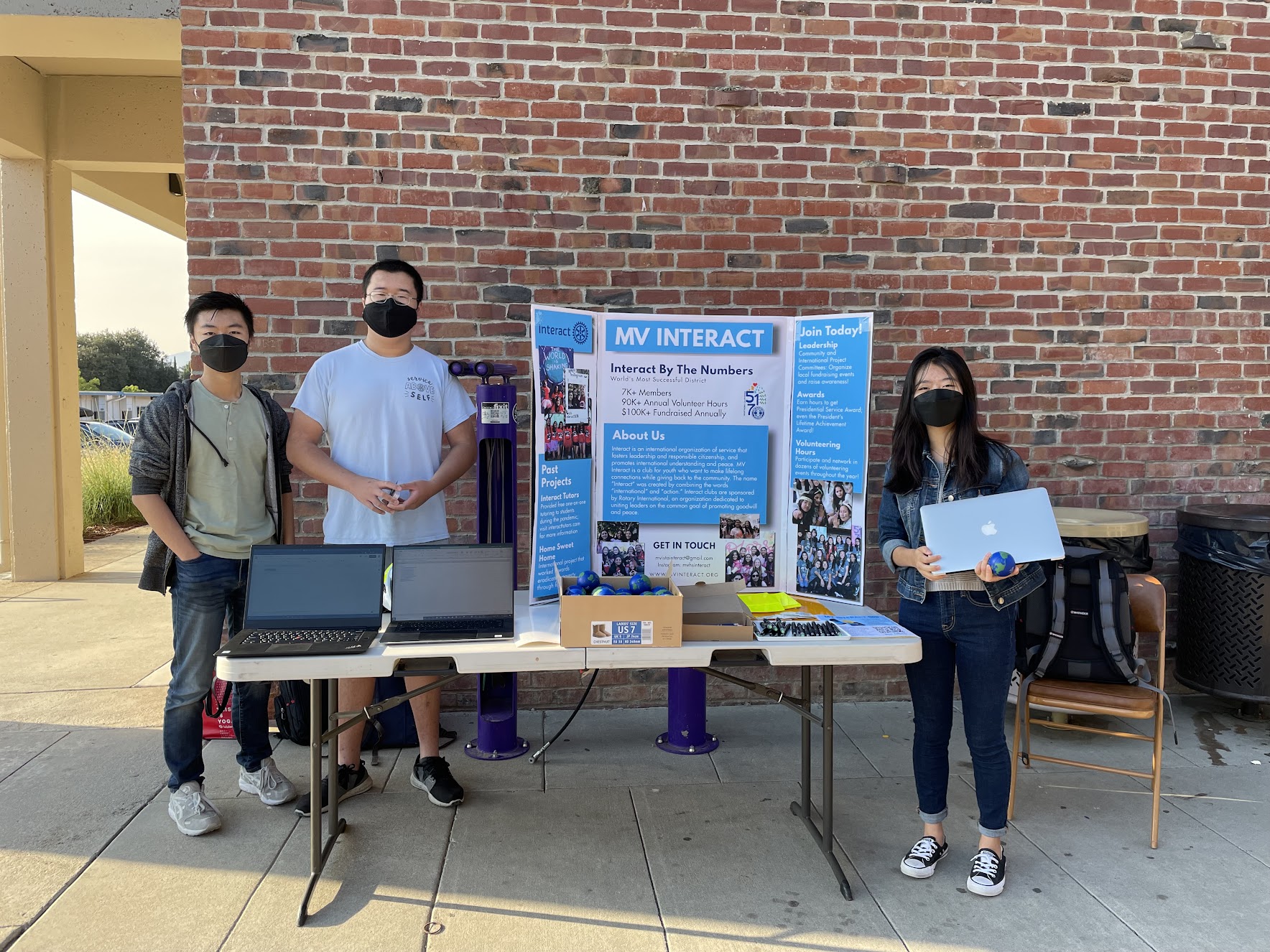 Planned as a monthly event this Fall, B4B Day’s goal is to incentivize students to ride their bikes to school and help change the student community’s behavior from being car based to alternate bike/ped forms of transportation.

“Our participation goals were exceeded for this pop-up event. It is a great starting point for our movement to reduce our school’s carbon footprint.” said Monta Vista Interact President Michael Ding.

With over 1,850 students and high traffic congestion on McClellan Road, Orange Ave. and Stevens Creek Blvd, major congestion has been a chronic problem for students and  area residents. While the City of Cupertino continues its projects to make it safer and easier for students to bike to school, the neighborhoods on the west side of Blackberry Farms and McClellan Ranch Park are particularly difficult for cyclists to navigate, resulting in significantly higher auto commutes than other FUHSD  schools. With nearly 1/2 of MVHS’ student population residing in those western neighborhoods, the city is moving on its Monta Vista Bike Boulevard project and major neighborhood connectors including the important Carmen Road Bridge.

The B4B Day for the Environment is a joint venture organized by Walk-Bike Cupertino and led by MVHS’ student leadership council and the Rotary Interact club. Mr. Tea Boba Shop generously subsidized the gifting of free Boba coupons for the student participants. Cupertino’s Safe Routes to School program also provided free bike safety items for all riders. The next B4B Day is scheduled for October 22nd.